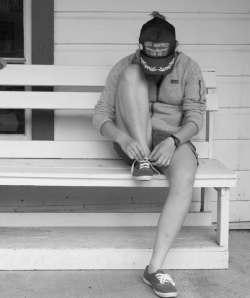 Growing up I wanted to be a writer and a spy, mostly the latter. My desire to be a secret agent only diminished during the period I desperately wanted to attend Hogwarts. Harry Potter and I were the same age when the series began but my generation and those that followed never received our letter, at least not yet.

That’s how I talked then too, without conviction or clarity like a genuinely awkward sixteen year old. As college crept closer my peers and teachers occasionally asked if I intended to pursue journalism in college.

This unclear joke had to do with my mother’s career. She graduated with a degree in journalism from San Francisco State and worked for a regional magazine until Rupert Murdoch personally fired her after acquiring the publication. Needing to support herself in San Francisco, she found employment with an insurance company and became a trainee.

In 2012 she retired from senior management after over 35 years in the worker’s compensation industry. She succeeded professionally, personally, and never stopped reading magazines and following the news. At sixteen I didn’t want to work in insurance and I still don’t. However, in the years since my terrible joke I learned several important things.

First, whatever career my mother stumbled upon whether it had been insurance, human resources, banking, etc. she couldn’t help but be successful. She is an intelligent, eloquent, and dedicated professional who excels at whatever she puts her mind to including insurance. She has excellent writing skills to boot.

While she learned to get excited over estimating annual compensation for agricultural workers, her professional success was most apparent to me in her management skills. At the end of most days she spoke more about her staff’s professional development and collective goals than any one contract or personal task. She never hesitated to be the most spirited individual in the office or to bring the most sugar despite being Type II diabetic and even then she appreciated the irony. Lastly, she defined success for herself.

We led good lives, especially my childhood and education, supported by her career. Now it is time to define success for myself.

In college I kept a journal, wrote academically, and occasionally blogged while abroad. At some point I became self-conscious about my writing, hesitant to share it. I never felt bold enough to voice my desire to be a writer anymore it seemed too unattainable. I chose instead to study something I would find interesting for four whole years.

I majored in International Studies, which offered plenty of academic opportunities to write. The culmination of which was my honors thesis: 109 pages of my “well-researched” ideas that I presented and defended in weary terror. While not a document of excellent verse, my thesis taught me two things: 1) I could finish writing something and 2) these ideas, my ideas, were worth sharing. Still, I did not want to be a writer, or anything else yet, so I spent three months driving around the country.

I created a blog to document my trip. At first I aspired to create something professional, impressive and insightful. I found that is hard to do and enjoy your trip. I changed gears and instead documented my trip for me, eagerly sharing my observations and experiences with anyone who would listen. The blog in fact remains incomplete, the last month of my travels recorded in my journal but never shared. There came a tipping point when experiencing my trip could not also include writing about my trip for others anymore. Not completing my blog proved to be another lesson, a break from academic expectations and requirements.

Two years ago I decided to pursue writing. It felt vague, overly ambitious, and to some extent cliché. Just over a year ago I began using the term “writer” to define myself sometimes, to some people, occasionally. It terrified me but after a beer or two I could usually say it.

Calling myself a writer still terrifies me but I now live up to the title. I feel compelled to write, communicate, and share. A couple of articles have been published, other stories are being edited and revised, and there is even the semblance of a system in place. I have embarked on a new education.

I keep chipping away at it, this childhood dream come around again.

I read voraciously, write things no one will ever read, write things I hope everyone will read, and struggle to enjoy proofreading. From my first news stories to every page of my thesis and now, to profiles and pitches I have always gone to one editor first: my mom.

In her retirement she has begun to dabble in grant writing, the world of holiday cards, and reads more than ever. Professionally or otherwise, we are both writers with a world of possibilities ahead of us and for now, neither of us works in insurance.