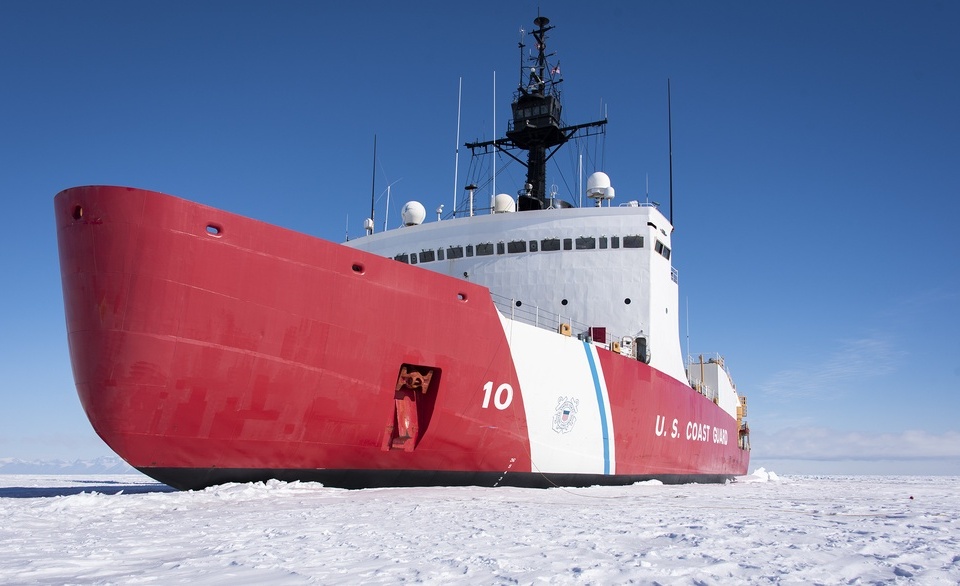 Did you know that the United States only has two polar-class icebreakers? Russia has a lot more. And Seattle is the home port for both?

It’s true and while additions to the polar icebreaker fleet are in the works, it speaks to the significant role Seattle may play as maritime activity increases in polar regions. Seattle is the largest U.S. port in proximity to Alaska and the western entrance to the Northwest Passage, which has become increasingly navigable as the sea ice dwindles.

Polar Star, a heavy icebreaker, is departing its Seattle berth on Saturday at 1 p.m. If you’re on the Puget Sound around that time, keep an eye out.

The icebreaker is heading to the Antarctic to participate in Operation Deep Freeze which resupplies U.S. Antarctic stations. Commissioned in 1976, the Coast Guard is investing up to $120 million to keep the vessel in service until new polar security cutters are delivered starting in 2025.

The other operational icebreaker, USCG Cutter Healy, a medium icebreaker, is currently in the Pacific en route to Seattle. Commissioned in 2000, Healy transited the Northwest Passage in August and September.

I previously wrote about the changes occurring along the Northwest Passage in 2017, speaking with adventurous sailors who had recently transited through the legendary route. It’s an in-depth article with lots of background. I benefited from re-reading it and encourage you to do the same.

During my research, I even connected with a radio enthusiast based in a remote part of Canada who received an award for his longtime support of Arctic cruisers. I’ve picked back up on this research and will find more ways to share the story of the “new” Northwest Passage.